Robots have a very particular set of skills. Skills that have been acquired over a vast amount of reasearch. Skills that make them powerful tools to leverage for social inclusion, accessibility and interaction.

In our work we always start by engaging with local communities, including them in the definition of the research project and in the design process. One example is our work with different dementia professionals, informal and formal caregivers, and people with dementia themselves. In it, we have explored how an autonomous robot (Maty) can be leveraged to engage in dialogue with a person with dementia and how to promote conversations with their families. 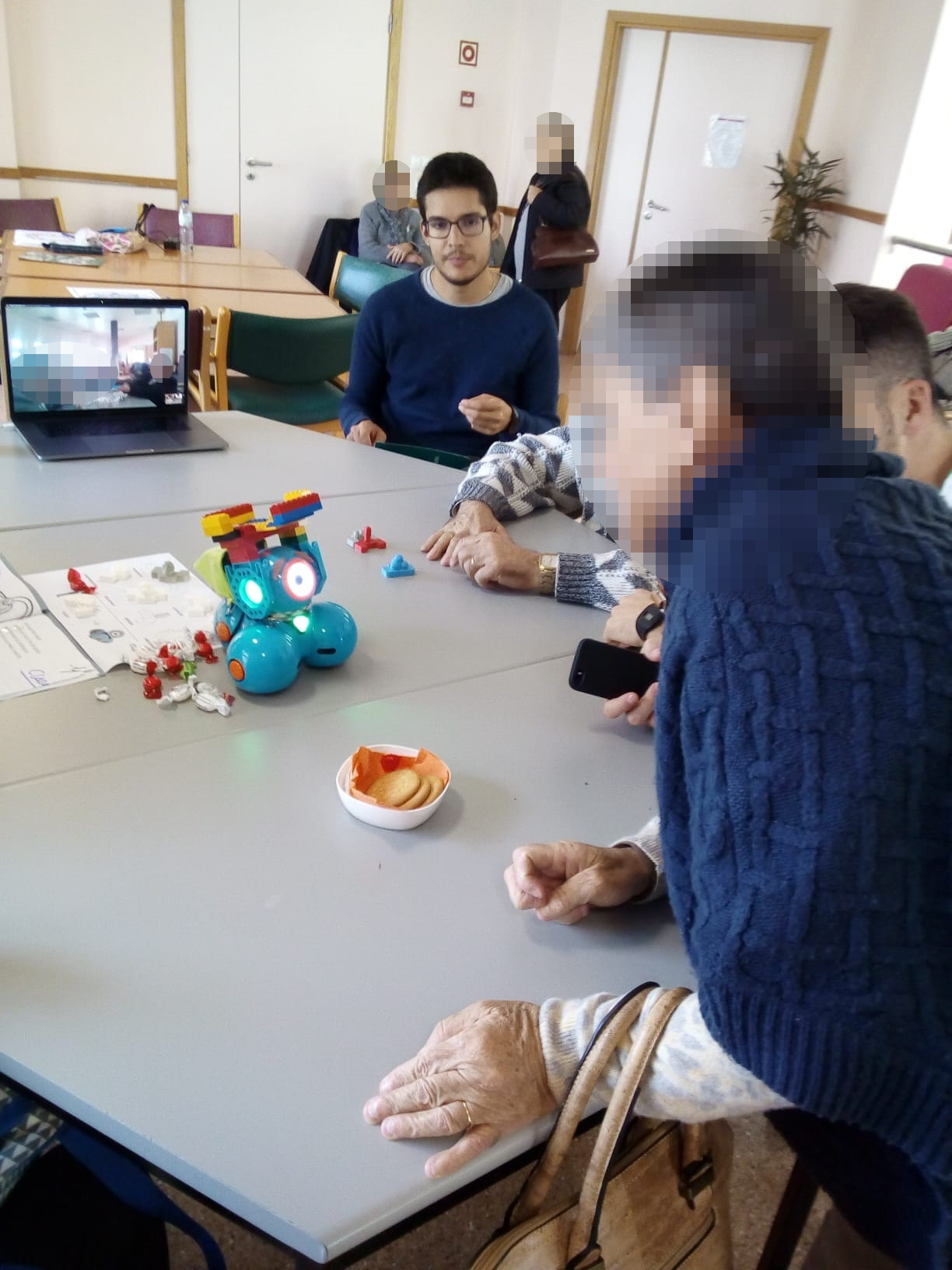 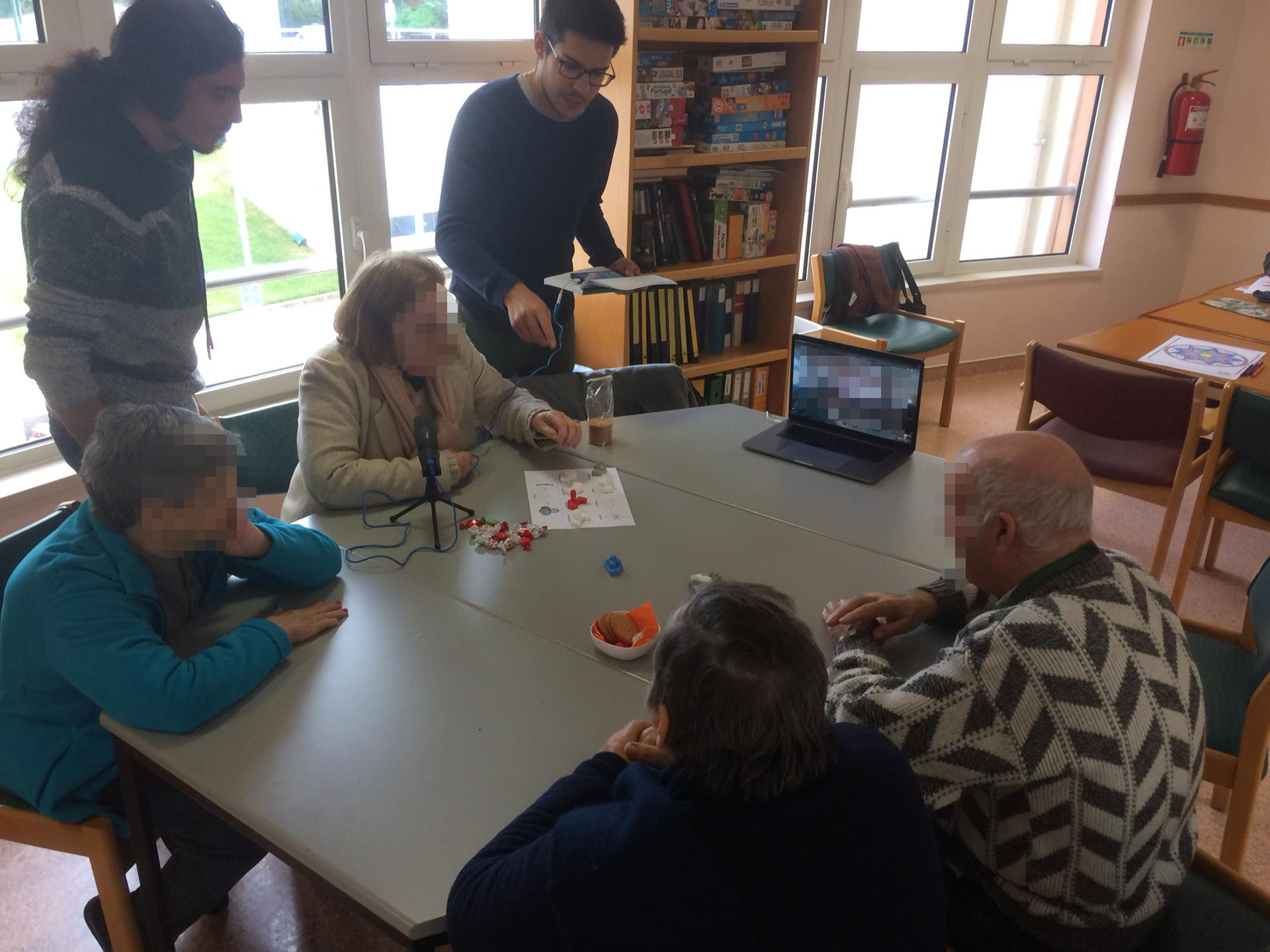 Natural human-interaction is an intrinsic behavior in people through life and becomes fundamental to decrease social isolation and the lack of communication in older ages. This last scenario can often be found among many elderly institutionalized, where frequently a lethargic mood reigns. We explore the interaction among senior people through a robot as a messenger. Furthermore, we enable older people to set action sequences they want the robot to perform to the other group. Through the robot as a message mediator, we took the first step as a communication bridge between the elderly. The robot demonstrated to be a beneficial strategy for bringing people together, getting in touch with people who had not previously spoken or as a useful tool the extend the action of people with motor impairments .

Robots in accessibility have been limitedly explored outside the domain of supporting orientation and mobility. We have started to explored how robots can be leverage to promote inclusion and indepence. In a first work, we contributed to the area of human-robot interaction and accessibility by bringing new insights on the collaboration between people and robots. Particularly, 1) we provided knowledge on the acceptance, perceived usefulness, foreseen scenarios, and concerns regarding the inclusion of robots in blind people daily lives; and 2) we inspected the collaboration betweena robot (Baxter) and blind participants in an assembly task, paying particular attention to the effect of two different forms of collaboration in participant’s success on the task and on the engagement with the robot.